Following up from my previous post, the guide today was really quite informative.  I am adding below some photos of interest:

The symbol of Bratislava as the walls of the town were originally in a triangle formation resulting in just three gates in/out.

If you place a finger into the mouth of this lizard (he is just above head height) it will bring you good luck!  Tick! 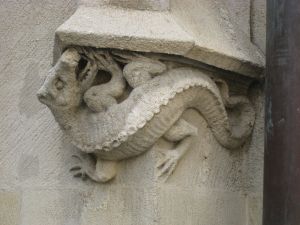 In an effort to add some humor to the town, this statue was built.  Yes, he is really in the ground and there is a warning sign next to him (I guess people trip over him).  The story goes that if you touch his hat that it will bring you good luck but our guide warned us that the dogs like to ‘do their business’ on him.  I still touched it, with the back of my hand, knowing that I would see a bathroom soon enough!

Hans Christian Andersen!  After just being in Copenhagen this was funny!  The sculptor was kind to his nose. The statue depicts some characters from his stories (front and back).

This guy was an old, eccentric man that used to live in Bratislava some years ago and absolutely everyone knew him.  He would flirt with the older, widow ladies for an invitation to join them for some food and drink in a cafe.  He was so well known that they erected this statue of him! 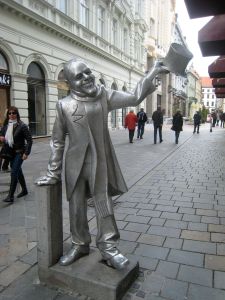 The national instrument, the Fujara, is like a didgeridoo! 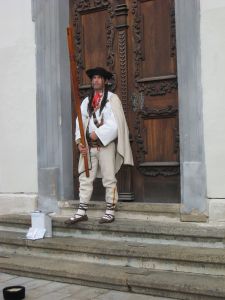 Both Franz Liszt and Mozart played in Bratislava when they were under 10 years old! 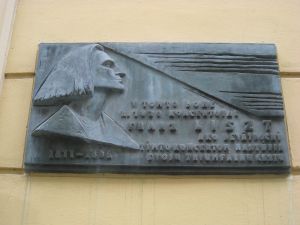 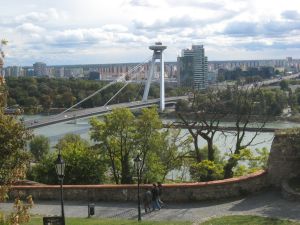