After returning from Bratislava I visited the only one of Mozart’s residences still in existence in Vienna.  This is amazing in itself considering that he lived in 14 places in and around Vienna in a 10 year space of time.

Similar to his birth house in Salzburg, there is no furniture in the house.  You get an audio player that is full of information on his life in Vienna and, of course, you are in the spaces where he lived at the height of his career.

It was good, but took about 2 hours.  There is also an audio guide specially for kids which was a nice idea and one little girl that entered the museum shortly after me stuck with it right to the end which was a good sign!

My hunting down of Mozart’s homes is now complete as I have been to both residences in Salzburg and now have ticked the box on Vienna!  Phew!  I love him, though, I even named a car “Wolfgang” after him once.

Now I just have Puccini’s birth home hanging out there as a to-do! 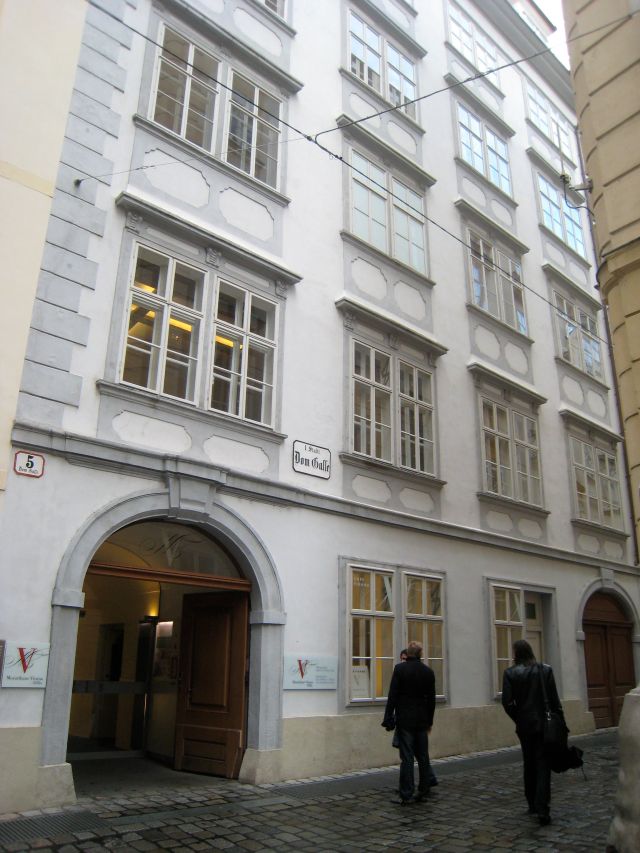